Ecology: the scientific study of the processes influencing natural life and habitats.

Ecosystem: a natural environment which includes the flora (plants) and fauna (animals) that live and interact within that environment.

Biodiversity: the variety of natural life and habitats on Earth. 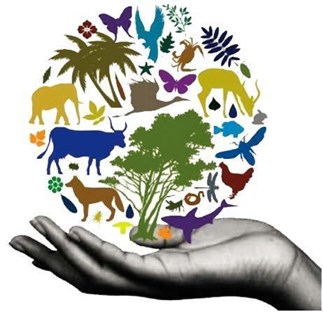 Why is biodiversity important?

An environment rich in biodiversity is essential for supporting human life. Due to an ever-increasing population, the demand for food and energy production is also increasing, leading to a degradation, fragmentation and loss of natural habitats. With this decrease in biodiversity and degradation of ecosystems, the natural environment becomes less productive, less resilient and adaptable, and is at real risk of sustaining long term damage or collapse.

Nature also plays a significant role in reducing the effect of climate change. Many human processes such as energy production, manufacturing and transport all release carbon dioxide into the atmosphere. There are various natural processes that sequester (store) carbon naturally, in plants and in our oceans. The degradation of natural habitats would hinder these processes and then accelerate the effect of climate change.

In recent years there have been more and more documented examples of economic and environmental benefits that have been demonstrated when we take into consideration the
natural environment, working and living alongside nature instead of simply using it for our own gains.

Humans and their activities are behind the current rate of species extinction, which is at least 100–1,000 times higher than nature intended. The 2022 global Living Planet Index shows an average 69% decrease in monitored wildlife populations between 1970 and 2018. We’ve seen an astonishing decline in the size of populations of mammals, birds, fish, reptiles, and amphibians in just over 40 years, according to the Living Planet Report, published by the World Wildlife Fund in 2022. The United Kingdom is one of the most nature depleted countries in Europe, with 15% of UK species threatened with extinction according to a study by the Natural History Museum.

BNG is defined as, "Development that leaves biodiversity in a better state than before, and an approach whereby developers work with stakeholders to support their priorities for nature conservation."

Changing the way we act and use our environment is becoming increasingly urgent. However, it is also an exciting opportunity for us to increase our understanding of the landscape of Eden; reconnecting people to its landscapes, natural habitats and ecosystems will inspire us to become more sustainable. Conservation projects, such as wildlife bridges, re-wilding, habitat creation and maintenance can result in better social and economic outcomes too. We must become a force within nature, rather than against it, taking only what we need and living alongside our biological neighbours. It is time to rebuild the garden of Eden.

Plants are important as they store energy from the sun, which is then passed on to other animals (including us!) when they are eaten. We use them for food, fuels, clothing and building materials and they are also absorb carbon dioxide from the atmosphere as they grow. Trees, mosses and wild plant habitats are important for biodiversity and can also be effective at controlling flooding and erosion when they are properly maintained and managed. Climate change affects many wild plants and their habitats, causing them to decline often to the point of extinction. This has a knock-on effect across the ecosystem. For example, the netted carpet moth relies completely on touch-me-not balsam to survive. This native moth is one of the rarest in the Lake District, but due to conservation efforts, its population is now increasing. The introduction of invasive and non-native species is one the main causes of the moth's decline. Other causes of habitat destruction include the growing of bio-fuels and afforestation programmes and while these are part of the solution to replacing fossil fuels, we need to be mindful of their location and the impact on surrounding areas. 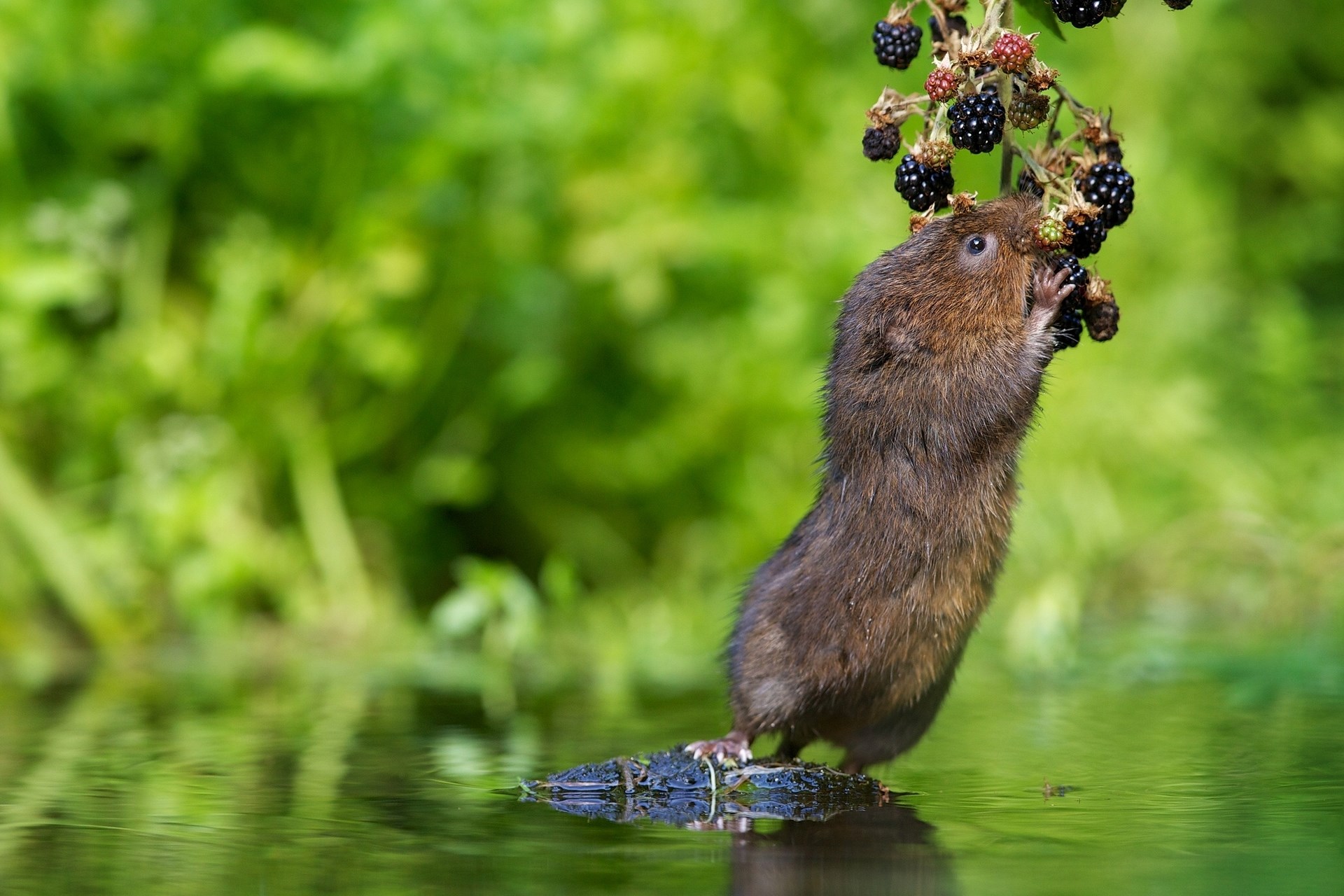 The climate and ecological crisis is not only affecting us, but all the creatures we share our planet with. Human disruption and destruction of animal habitats across the globe is causing mass extinction on an extreme level. It is possible to rebuild the resilience of the ecosystems surrounding us through education, improved decision making and action.

Healthy ecosystems have features that protect them against environmental change. These features include genetic diversity, ecosystem connectivity, and widespread geographical distribution of populations. A diverse gene pool ensures that some members of a species will have traits that will allow them to survive change. Habitat connectivity ensures that relocation is in reach for distressed individuals. A wide-spread population is less vulnerable to local disturbance.

In Britain, we have already seen the extinction of many animals, such as lynx, wolves and even bears. Beavers and sea eagles are a recent success story of reintroduction. The positive effects of this on our ecosystem are tremendous. Owls, pine martins and dormice are some of the animals that now face extinction. Water voles, red squirrels and great crested newts in particular are something we can focus on local to Eden. We can make a difference and improve the biodiversity of our area.

Groundwater is water found underground in aquifers, which are geological formations of rocks, sands and gravels that can hold water. Almost all of the liquid freshwater in the world is groundwater, supporting drinking water supplies, sanitation systems, farming, industry and ecosystems. We need to work together to sustainably manage this precious resource as it is being over-used in many areas, where more water is abstracted from aquifers than is recharged by rain and snow. Groundwater pollution is a particular problem that can take decades or even centuries to recover from. Exploring, protecting and sustainably using groundwater will be central to surviving and adapting to climate change and meeting the needs of a growing population.

Soil is an extremely important part of our landscape. It holds 3 times as much carbon as the atmosphere, reduces the risk of flooding by absorbing water, it is a wildlife habitat, and it delivers 95% of global food supplies. Unfortunately, it is a limited resource due to pressure from climate change, population growth, urban development, waste, pollution, and the demand for more (and cheaper) food. Issues faced by land managers and farmers affecting soil quality include compaction, loss of soil structure, nutrient degradation, and soil salinity as a result of rising sea levels. Farmers manage 70% of the land in the UK, and poor soil quality affects their income and way of life. The Environment Agency works closely with farmers, providing advice, guidance and practical support. In Eden, they are supporting a peer group learning about best practice. UK soil contains about 10 billion tonnes of carbon, roughly equal to 80 years of annual greenhouse gas emissions. However, intensive agriculture has caused arable soils to lose 40 to 60% of their organic carbon, and the impacts of climate change pose further risks.

Read the summary of the state of the environment: soil on GOV.UK for the main findings on the soil in the UK and follow the link to the full report.