The central part of Church Brough was designated as a conservation area on 18 November 1969.

Church Brough lies in the Eden Valley at the foot of the Pennines on a former Roman road. The houses stand around a market square decorated with a maypole which has been erected on the remains of the former market cross. The Parish Church of St Michael's is a Grade II* listed building. It was built of sandstone in 1150 although most of the Church today dates from the 14th or 16th centuries. The nearby Castle was originally built in the 11th century. It stands on part of the Roman fort of Verterae. Verterae, or Verteris, covered a much larger area than the present castle and is now a Scheduled Ancient Monument. 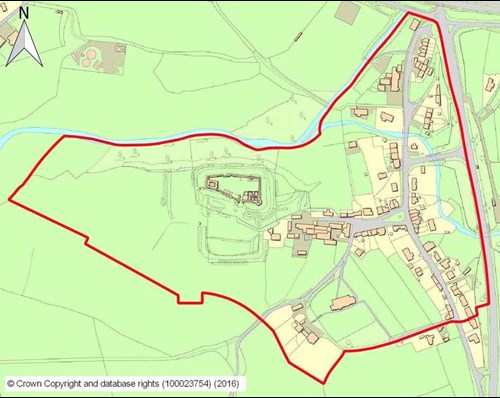