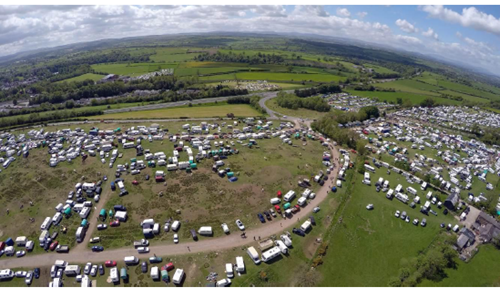 A report evaluating last year's Appleby Horse Fair has been released by the group tasked with managing the event.

It highlights improvements including enforcing no-stopping points on the A685 to increase safety, and the regulation of public drinking in Appleby, Kirkby Stephen and Long Marton through Public Space Protection Orders, which the report concludes 'was certainly a success.'

The Appleby Fair 2019 Evaluation Report was produced by the Multi-Agency Strategic Co-ordination Group (MASCG) which is tasked with managing the fair.

It consulted all groups involved with the fair in compiling the report.

Matthew Neal, director of corporate services at Eden District Council and chairman of MASCG for the 2019 fair noted within the report  that 'fewer concerns about the fair were raised by the residents of Appleby, Kirkby Stephen, Sedbergh and Kirkby Lonsdale' last year and stated that positive feedback was received from members of the public.

Some Gypsy and Travellers raised concerns about what they felt were high levels of policing at certain locations.

The report says: 'With joint working, the co-operation of the local community and the support of the gypsy and traveller representatives and community, MASCG will continue to seek to achieve improvements in terms of the multi-agency response to the 2020 Fair.'

Read the evaluation report on the Appleby Fair website.

Every year thousands of Gypsies and Travellers, many with horse-drawn caravans, and thousands of visitors, converge on Appleby, in June, for the traditional fair.