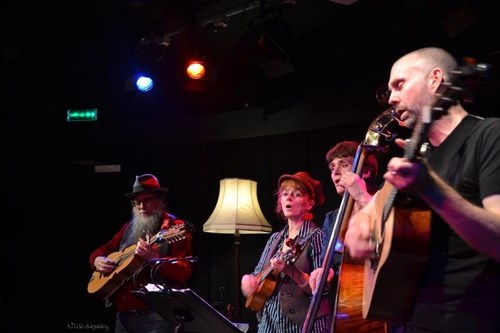 Formed in 2019, Errant Thieves are known for their vocal harmonies, woody, acoustic instruments and original arrangements which give a rootsy and warm sound.

The event at Town Hall was held to raise money for the Chair of Eden District Council, Cllr Douglas Bank’s nominated charities: Great North Air Ambulance and the Fellrunner Village Bus service. The full-house provided a vibrant atmosphere and raised over £480 for charity on the night.

Cllr Banks said, “A big thank you to Errant Thieves for their time and fantastic music, as well as to Sainsbury’s and Booths for the excellent refreshments.”

Learn more about Errant Thieves on their website at www.errantthieves.com.