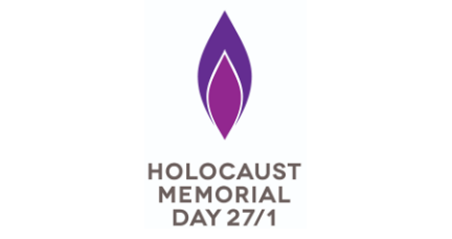 The Holocaust Memorial Day Trust (HMDT) encourages remembrance in a world scarred by genocide. They promote and support HMD to remember the six million Jews murdered during the Holocaust, alongside the millions of other people killed under Nazi persecution of other groups and during more recent genocides in Cambodia, Rwanda, Bosnia and Darfur.

27 January also marks the anniversary of the liberation of Auschwitz-Birkenau, the largest Nazi death camp.

The Holocaust threatened the fabric of civilisation, and genocide must still be resisted every day. Our world often feels fragile and vulnerable and we cannot be complacent. Even in the UK, prejudice and the language of hatred must be challenged by us all.

Eden District Council leader, Cllr Virginia Taylor, said: “Genocide is facilitated by ordinary people. Ordinary people who turn a blind eye, believe propaganda, or join murderous regimes. Those who are persecuted, oppressed and murdered in genocide aren't persecuted because of crimes they've committed, but because they are ordinary people who belong to a particular group – disabled, LGBTQ, GRT.

“We are all ordinary people who can be extraordinary in our actions. We can all make decisions to challenge prejudice, stand up to hatred, reject violence in words, images, and actions, and speak out against identity-based persecution.”

HMD is for everyone. Each year across the UK, thousands of people come together to learn more about the past and take action to create a safer future. Together we can bear witness for those who endured genocide, and honour the survivors and all those whose lives were changed beyond recognition.

Members of the public in Eden are invited to attend services of reflection, remembrance and reconciliation, led by Geoff and Joan Gordon with Sheila Moreby playing violin, which will be held at St. Peter’s Church in Askham, between 7pm and 8pm on Thursday 26 January 2023 and at St Lawrence’s Church in Appleby-in-Westmorland, between 7pm and 8pm on Friday 27 January 2023.

To find out more about HMD and the ways you can participate in commemorative events on the day, go to www.hmd.org.uk

The UK Ceremony for Holocaust Memorial Day 2023 will be streamed online on Thursday 26 January at 7pm. You can register to join the ceremony at www.hmd.org.uk/ukhmd/