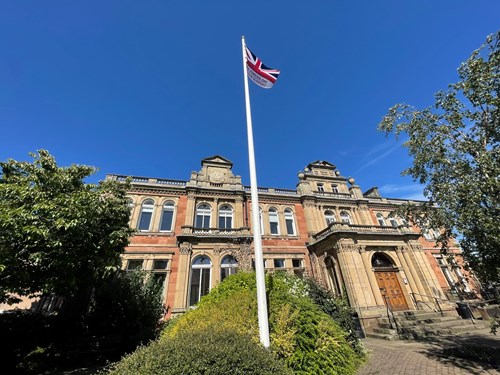 Armed Forces Day commemorations began on Monday 20 June when the Armed Forces Day flag was raised on buildings and famous landmarks around the country, including the Eden District Council offices at Penrith Town Hall.

Armed Forces Day is an annual event, providing the nation with a dedicated day for people to come together to show their appreciation and support for members of the Armed Forces, including currently serving troops, service families, reservists, veterans, members of the ex-service community and cadets.

“The Council created the role of Armed Forces Champion to highlight its appreciation and support for those men and women who have served in our armed forces, past and present. I look forward to celebrating and giving voice to those who serve and have served in the military, especially those veterans who now play such a vital part in our civilian communities.

“Eden District Council is proud to fly the flag in honour of Armed Forces Day, which symbolises the contribution the Armed Forces have made, and continue to make to ensure our country’s freedoms and security.”