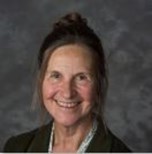 See part 2, Article 7 of the Council Constitution, which sets out details of the Leader's method of appointment and terms of office.

Role of the Council Leader

The Council Leader recommends the names of the Councillors to serve on the Executive. The Leader is responsible for delegating responsibilities to members of the Executive.

As Leader they are responsible for carrying out the Executive functions of the Council and leading on policy development. They also represent the Council in communications with Central Government. As well as taking a central role in working with organisations in the public, private and voluntary sectors.