Ian has worked in and around Local Government for nearly 40 years. He joined Stoke-on-Trent City Council straight from school as a junior clerk and spent 25 years there, qualifying as a CIPFA Accountant, undertaking all financial planning in the transition from District Council to Unitary Council in 1997 and ultimately achieving the role of Corporate Director of Resources and Section 151 officer.

Ian has worked as S151 officer at Milton Keynes and also undertaken a number of interim and consultancy roles working directly for CIPFA in helping government departments, councils, charities and the NHS, mostly providing financial analysis and support to transformation and improvement programmes.

Ian’s most resent role was as Chief Executive of Allerdale Borough Council, where he worked for six years. 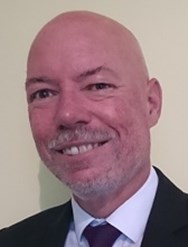 Les Clark was appointed as Director of People and Place in September 2019. This post was subsequently changed to Deputy Chief Executive in December 2020.

Before joining Eden, Les worked for nearly ten years at Sunderland City Council as Head of Streetscene then Chief Operating Officer for Place, where he was responsible for services including planning, property, environment and public protection as well as leading major development projects such as the Northern Spire bridge.

Prior to that Les headed the Sustainability Unit at Newcastle City Council dealing with climate change, energy and waste management.

He spent his early career at Hull City Council initiating their joint waste strategy with the East Riding of Yorkshire and developing regeneration, land reclamation and flood protection schemes with a variety of partners. Paul has worked in Local Government roles since 1989 most recently establishing a Local Authority Trading Company (LATCo) to transfer blue collar services from a contractor at Peterborough City Council.  Paul was the Finance Director of the Company once the services began operation.

Prior to that Paul was Executive Director of Resources and Section 151 officer for Cherwell and South Northamptonshire Councils.  Paul played an integral role in the transformation to single joined up delivery for all teams for all services.

Paul has also undertaken Section 151 roles at Kettering and Rushcliffe as well as senior roles at Dacorum and Canterbury.  He spent his early career at his home authority of Fenland, which he likens to a flat Eden.